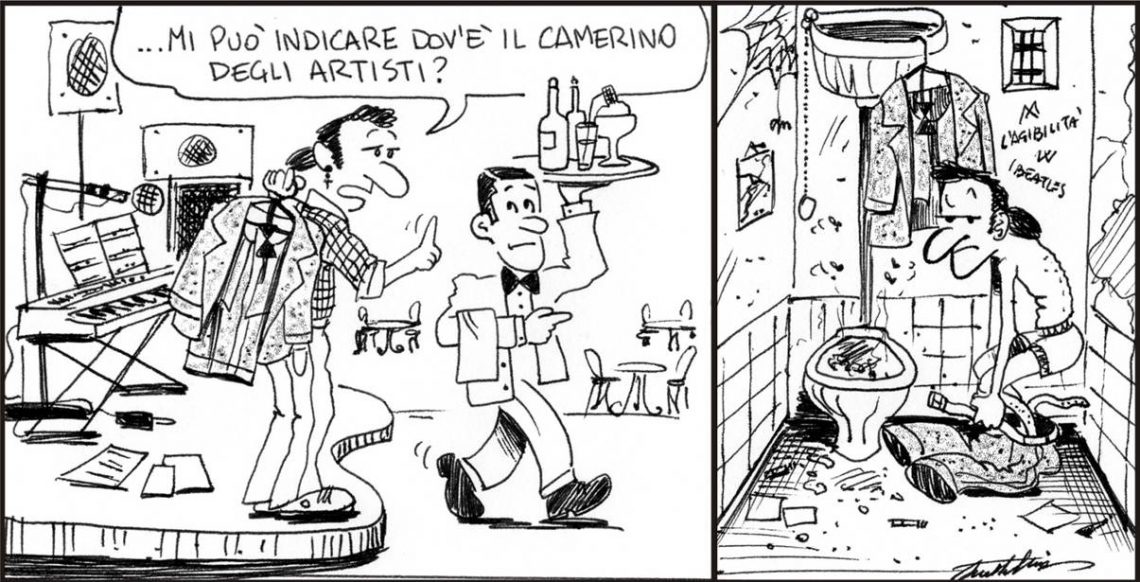 A while ago I came across this sort of comic strip on facebook in which, in one scene, there was a musician asking the waiter of a club where the dressing room was and, in the next scene, the musician was getting changed in the bathroom (illustration by Ornella Stingo www.ornellastingo.com).

At first I laughed thinking it was so true, but then I realized that in my experience having a bathroom where you can get dressed is pure luxury most of the times! When you’re just the opening act of the concert you don’t always get all the comforts, in fact you usually don’t get any at all. I’m sure there are people who had to face worse scenarios than me, this is just what I think is my least favorite place to use as a changing room (and we even had to use a porch once!).

Ok, literally the corridor that runs between the end of the stage and the wall behind it. The features of this fancy dressing room are:

a) Everyone walks though it at every given second, most of the times carrying heavy stuff like amplifiers and cabinets. In this case you have to squash yourself to the wall making sure none of your appendages are in the way, you don’t want them to trip. When the space is too little all you can do to get out of the way is to go under the stage climbing over the pipes of its framework and blend in with the cables and cases.

b) This point might be irrelevant for bands composed by people of the same gender, but I’m a girl and usually all the others around me are men. There are no curtains of any kind in the corridor, so how do you put on your pantyhose, your dress, your shoes and your cloak? Well if you’re not ashamed you just do it and let everybody see what God graced you with, but if you are ashamed to be seen almost naked there are two things you can do: bring a long and large skirt you can wear so you can change everything under its protection, or you can grab someone and force him to hold up your cloak as if it was a curtain while you change with your behind facing the corner. Do you have a stable equilibrium? You need it, otherwise you’ll be hopping around hoping you don’t step on something gross or on a nail, because, to raise the difficulty level, obviously there are no chairs (a tetanus shot is a good idea anyway)! You need to be neat and always store carefully the clothes you take off, because otherwise you will lose them or bother someone.

c) I know, stupid girly problems but… in the corridor there’s no place for a mirror. I usually bring my own little mirror, but when I do there’s not enough light and if I bring a lamp there’s nowhere to plug it. I’m sorry, but when the combo “no mirror, no light” hits there’s no escape and you’ll end up on stage looking like a panda or like a kid who stole her mother’s make up and put it all over his face. If you’re lucky you won’t find out in front of everyone that you’re wearing your t-shirt backwards.

The list could go on but I’ll stop here because I don’t wanna be tedious, I’ll just say that every little rub is worth the while, because playing with my band is awesome, being on stage is awesome, meeting our fans and meeting great musicians is… awesome!
If you’re a performer of any kind, what’s the strangest place you had to get dressed in? I’m curious as always.

Have a great weekend my friends and take care! 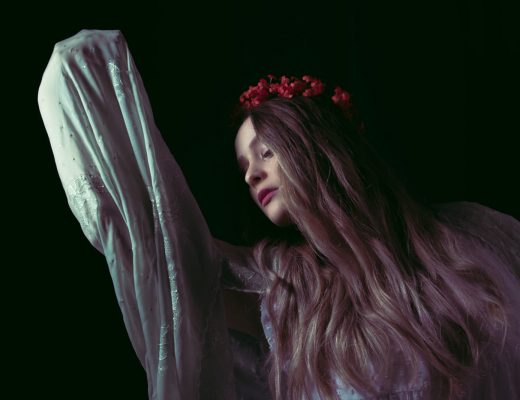 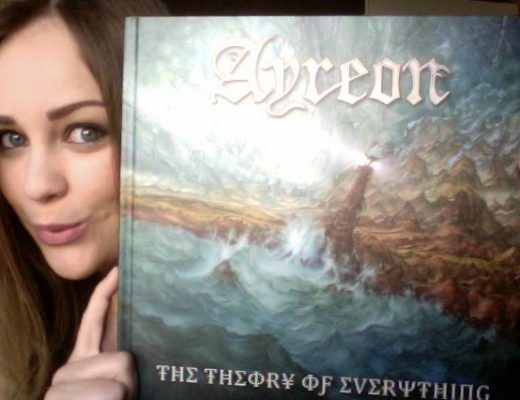 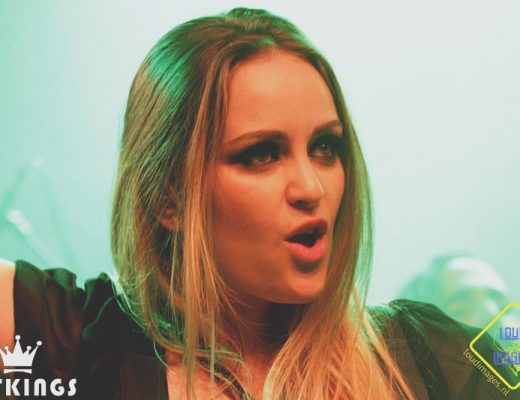 My Brainstorm thread of humanity