I don’t like the word Feminism. To me, being a feminist sounds like rooting for one side to overcome the other. Like when you’re at a game and you want your team to win. But life and human relations are not a game, nobody’s supposed to lose.
I am proud of being a woman, and I’ve had to endure my fair share of sexism being a female engineer/architect, but I don’t like the idea of supporting girls to the detriment of men, taring indiscriminately every one of them with the same brush.

I strongly agree with Maisie Williams’ words when she said:

I feel like we should stop calling feminists “feminists” and just start calling people who aren’t feminist “sexist” — and then everyone else is just a human. You are either a normal person or a sexist.

That’s the problem. Sexism (much like racism) is that slimy certainty of being superior based on nothing. And it goes both ways! Men towards women and women towards men, let’s not forget that. We can’t be defined by what is not even under our control, like our sex or the color of our skin, we must be defined by our actions. It all comes down to the concept of equality.

If you think about it, when you put a label on something, what you’re actually doing is separating it from everything else that doesn’t have that same label. You’re highlighting a difference. It’s ok to say that women and men are different though, we do have a different couple of chromosomes after all, that does result in us having different traits, different reproductive organs… We are different but our dignity, capabilities, value, and importance are exactly the same.

This looks like a good moment to bring out the usual big question: what about the so-called female-fronted metal issue? 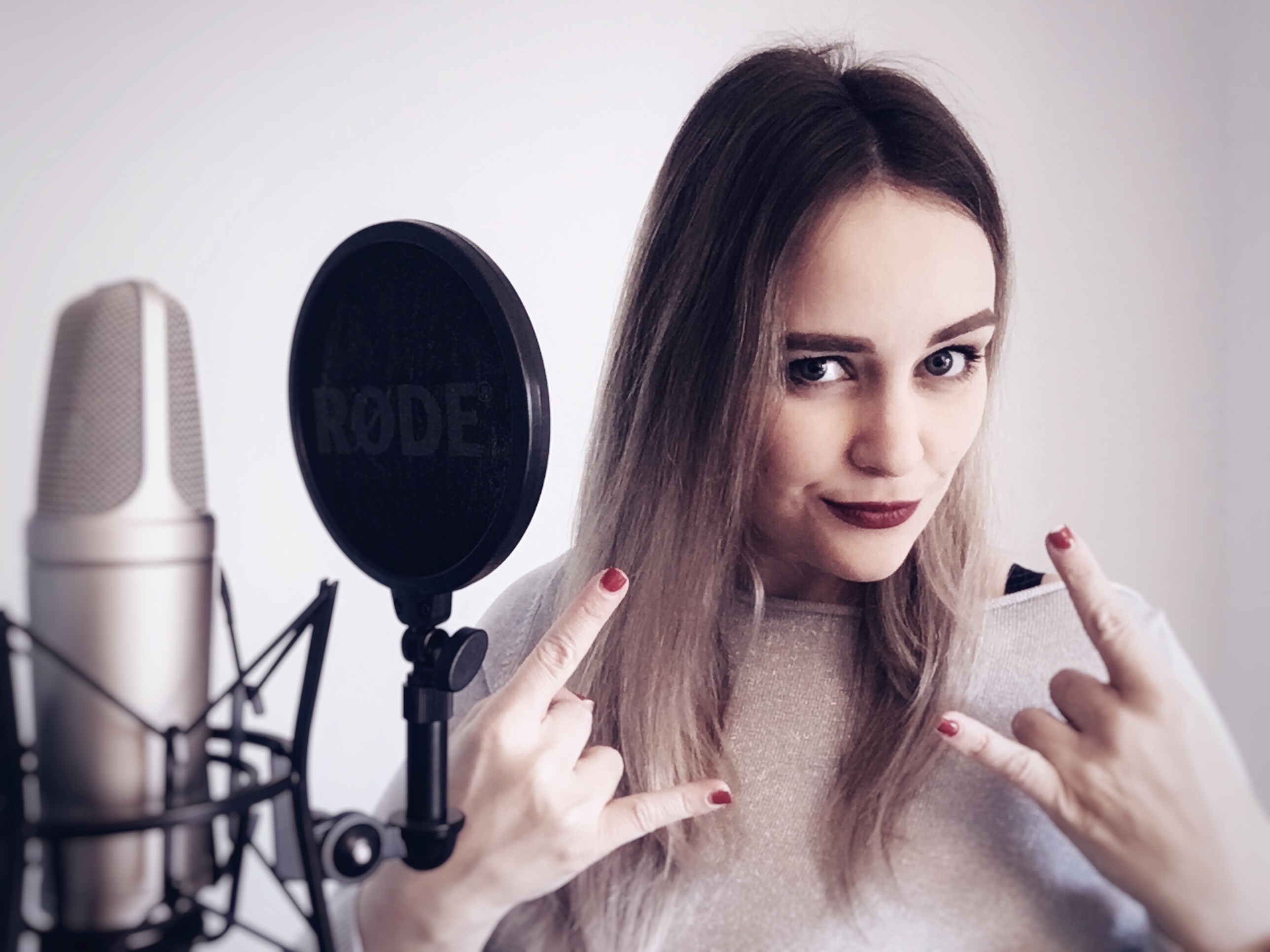 I’ve been asked this question a million times and I honestly have to admit that I always kinda made a fool of myself while answering, because I didn’t have a clear opinion about it in mind. I actually still don’t. The truth is I don’t really care that much, this label never really hurt me, but I still have a few unconnected thoughts that might give you an idea of where I’m at:

– First, let me state that I don’t like sectioning music in genres in general. Music is music, and I’m no advocate of any particular kind. So, in my opinion, considering “Female-Fronted Metal” a genre is not accurate, Epica and Arch Enemy do not make the same kind of music, do they?)

– Did anyone ever bothered to coin the expression “female fronted pop”?

– Would you have a specific name for a band that has all female musicians and a guy on the mic?

– I’ve read loads of comments saying “metal is for men, go back to the kitchen”. Do I really need to waste time debating how this one is just supreme ignorant bulls**t? Hint: that’s quintessential sexism. But then I think: did we ruin their own little club? The only thing that was theirs? Did we ruin metal? Bad, bad girls…

– Some people just love the sound of the female voice, so I guess it’s ok to highlight that this or that band has, in fact, a girl on the front.

– I think it is super ok to organize female fronted events. In this case, though, I see it as a theme, not a genre of course. FemMe or FMVF, for example,  are metal festivals with a great fil rouge: the presence of women on stage. Cool!

– Should all the badass musicians playing in female-fronted bands feel lesser than their “cooler” colleagues playing in all-men bands? Girls, did we ruin testosterone too?

– Can I say that I freaking LOVE the amazing diversity of girl characters in the scene? How beautifully different Cristina Scabbia, Simone Simons, Anneke Van Giersbergen, Alissa White-Gluz, Floor Jansen etc. are from each other? They all bring their talent, their own color, and uniqueness to music and I don’t understand how people can often only see that they have boobs.

– Wait! If there was such a genre as “Awesome-Fronted Metal”, what bands do you think would fit in? Comment below!

The bottom line is: the only discriminating factor for me here is good vs. bad musician. But yet again, at some level, good or bad is subjective so… just relax and enjoy the music being respectful of others, ok? 😀

I am what I am. The reasons behind my Instagram rant.